Peaches n' Cream solo and in arrangements. One of

The dahlias are finished, but I still have some ch

These are all flowers from dahlia Strawberry Cream 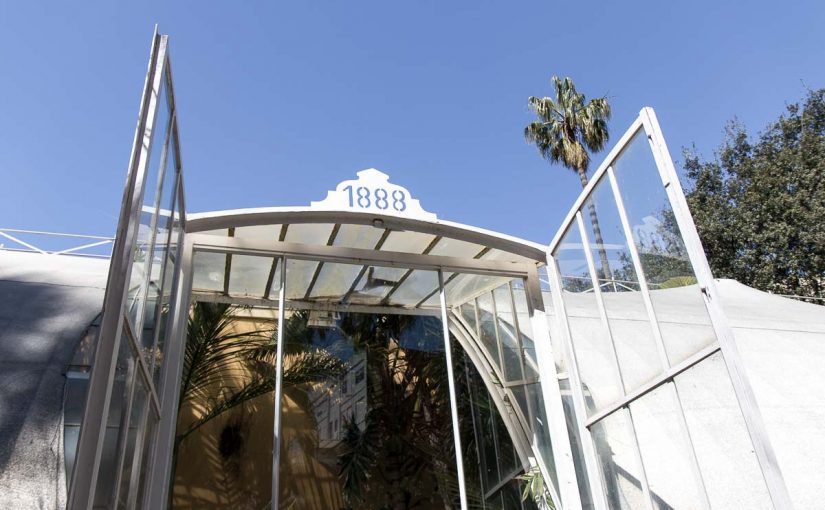 In my last blog post about planning a dahlia garden, I didn’t include any flower photos. Today’s post is filled with plants. Again, no flowers! I visited a botanical garden and thought I would share a few of the photographs I took. It’s not all about flowers, leaves have beauty too! The different shapes, the different shades of green, foliage comes in so many forms and colours. I love a greenhouse filled with lush, healthy plants. I have tried to capture the tranquil and serene atmosphere in the garden and hope you will feel inspired.

A few weeks ago, my sister and I went to Valencia for a short city break. It was one of those things that had been on our to-do list for a while. We don’t see each other often enough, and when we do, there is never enough time to talk about everything we want to talk about. Getting away from our busy lives isn’t easy, especially when you’re a mum. But when one of my best friends died last year I realised we shouldn’t wait until things slow down. That day may never come.

So we booked a flight and a hotel. It didn’t really matter where we went, but of course, we wanted to go somewhere warm and sunny. I made sure the laundry basket was empty and the fridge was full. We left our families behind for a few days and flew to Valencia, how exciting!

Valencia is the third largest city in Spain, I didn’t know that until I visited, did you? It is situated on the east coast of Spain, on the Mediterranean Sea. Its historic centre is one of the largest in Spain. Even though the city is often overshadowed by Madrid and Barcelona, it is a popular tourist destination. 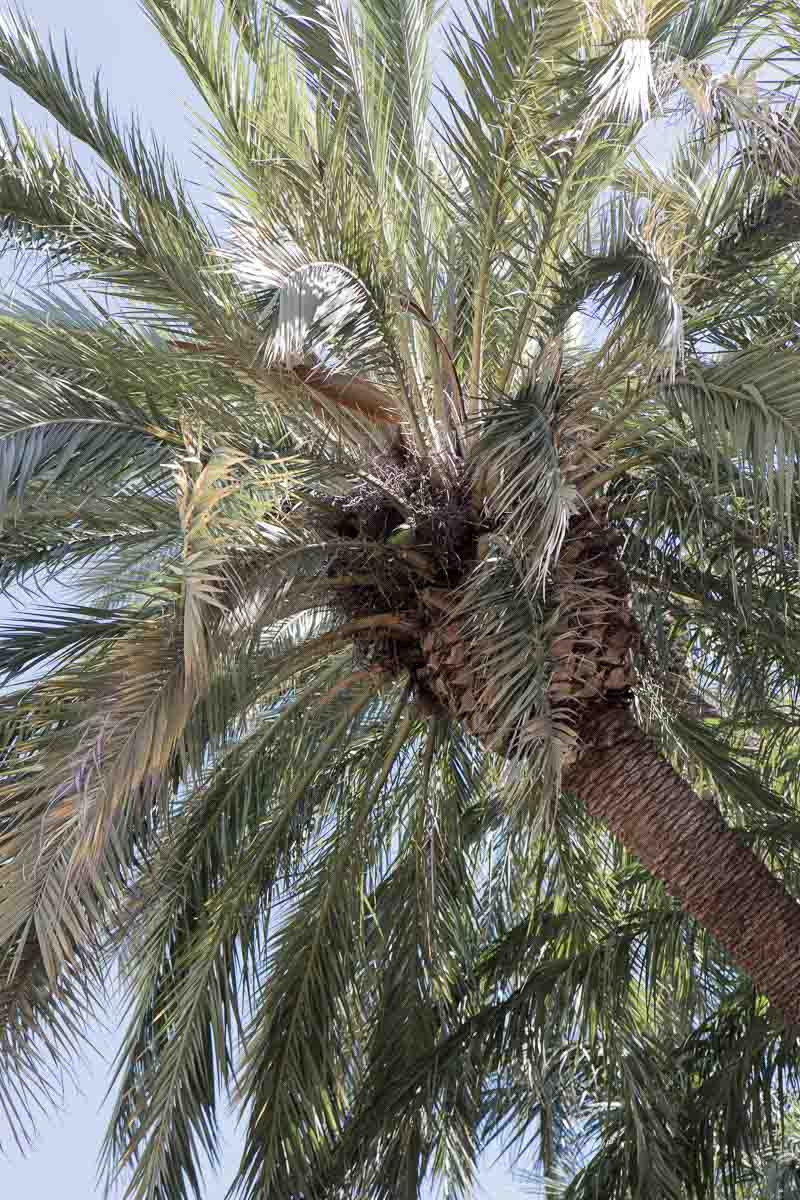 The river Turia ran through the centre of Valencia, but when it flooded the city in 1957, it was diverted. The riverbed was turned into a park with playgrounds, sports fields, fountains and gardens. At the eastern end of the park, you come to the City of Arts and Sciences. Architect and Valencian Santiago Calatrava designed the buildings. They look futuristic and have actually been used as a filming location in the film Tomorrowland and the British science-fiction television programme Doctor Who.

Renting a bike is a popular way for visitors to explore the city and so did we. We cycled through the Turia Park all the way to the sea and had lunch at a restaurant on the beach.

The traditional Spanish dish, paella, originated in Valencia. My sister and I joined a paella cooking class and had lots of fun, plus a delicious meal. But enough with the tourist information! Let’s get back to the garden. 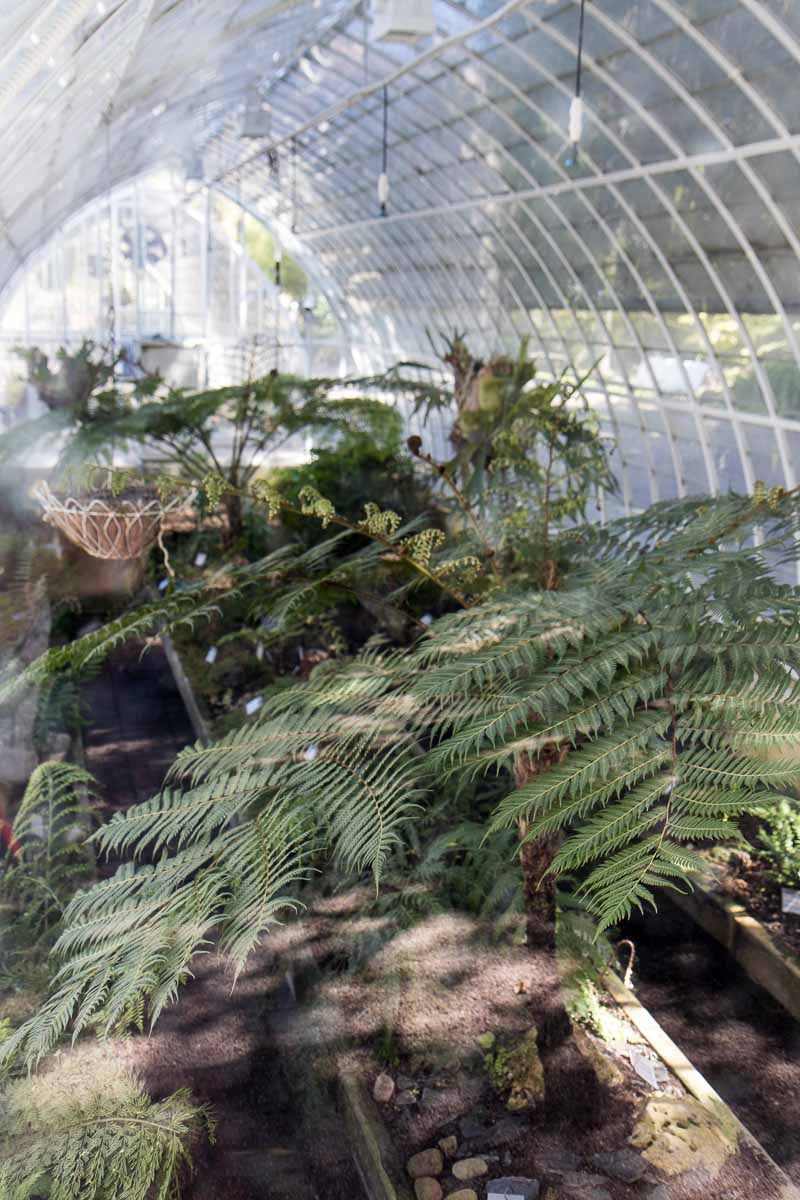 The Botanical Garden of the University of Valencia is a hidden treasure. It’s a walled garden just outside the historical centre of the city. El Botanic was founded in 1567 to study medicinal plants. It moved to its current location in 1802.

The botanical garden is open to the public and aims to let people connect with the plant world but since it’s part of the university it still has teaching and research as main goals. It has one of the largest palm tree collections in Europe, several greenhouses, a shade house and a pond. It’s really a beautiful place, calm and peaceful. A perfect get away from the busy city. 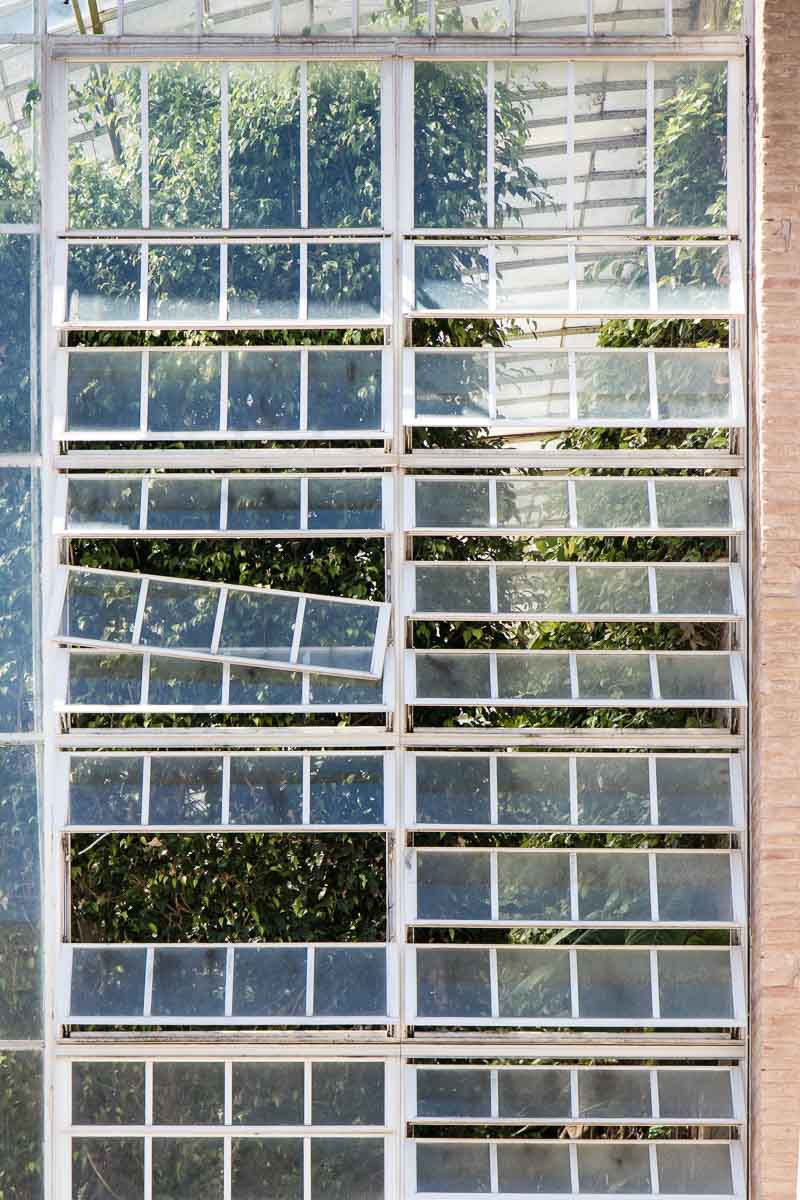 Another reason to visit the garden are the interesting 19th-century constructions; the tropical greenhouse, the pond greenhouse and the shade house.

It was a beautiful sunny day when we visited, just what we wanted. The light can be harsh though when you are shooting outdoors. That’s what I love about the photographs taken in the greenhouses: the glass and green leaves make the light soft and beautiful. 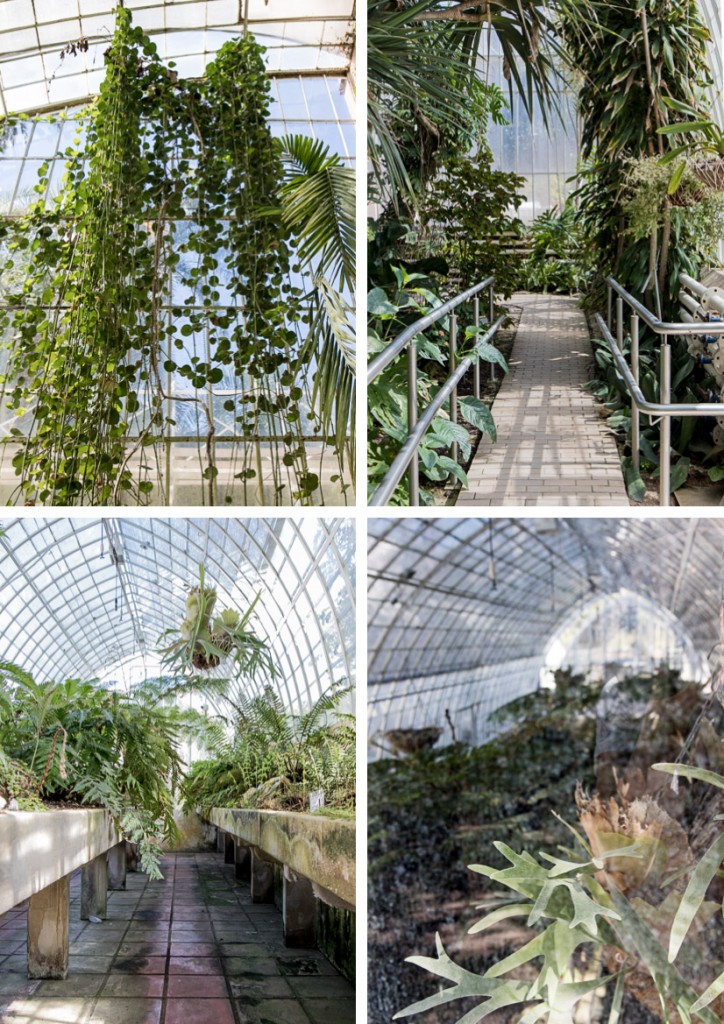 The tropical greenhouse was built between 1860 and 1862 to house the tropical plants and moisture-loving plants. It is a building ahead of its time, the first building in Spain constructed mainly of iron and glass. It was restored in 1990.

In front of the tropical greenhouse, there are four small greenhouses for growing bromeliads, ferns, carnivorous plants and orchids. These greenhouses are partially underground, I suppose to keep warm in winter, and cool in summer.

The pond greenhouse was built in 1888. It is simpler in shape and design than the tropical greenhouse. It is used to cultivate tropical palms. During the restoration, the whole metal frame and glass have been renewed.

I love flowers and I love colour but I am appreciating foliage more and more. In our garden, there are lots of shady spots. I have planted different fern varieties against a north-facing wall. I have chosen evergreen ferns with different leave types.

Green can be soothing and healing. It can be bright and fresh but also dark and mysterious. I hope you feel refreshed and inspired. I promise next blog post will include flowers 😉 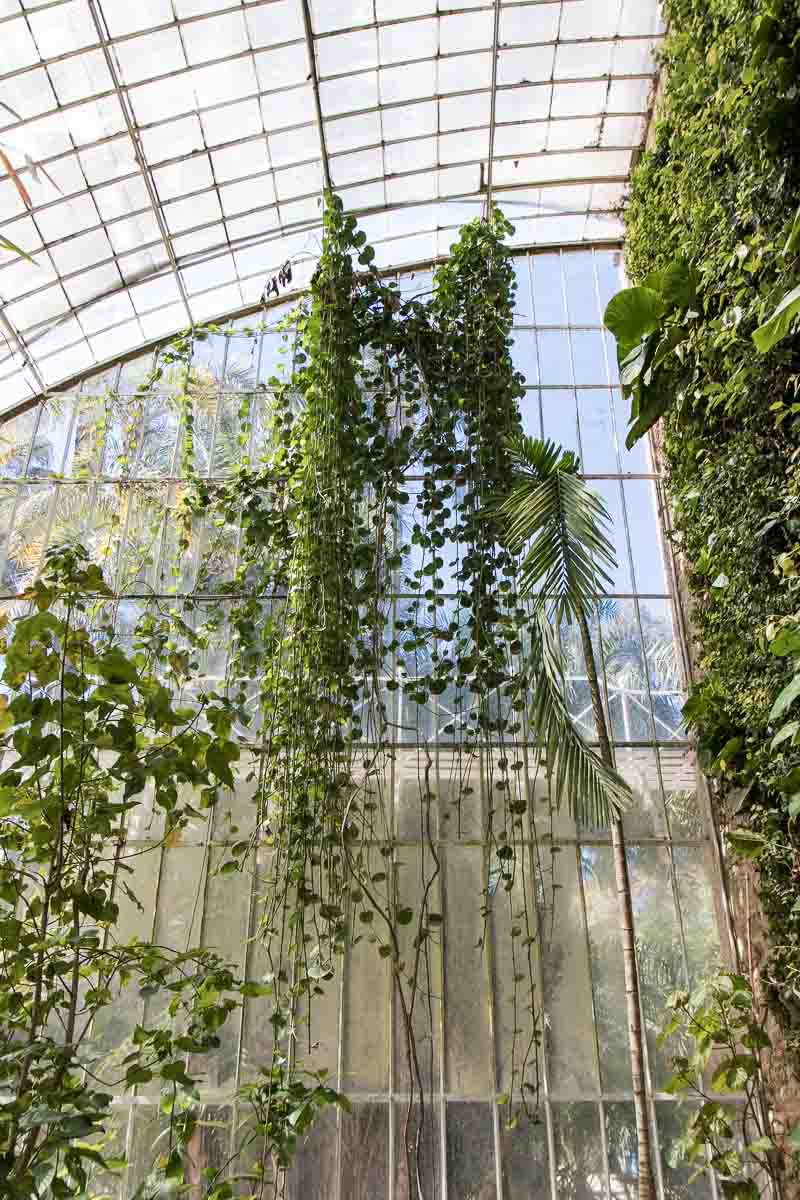 2 thoughts on “El Botànic: The Botanical Garden of Valencia”