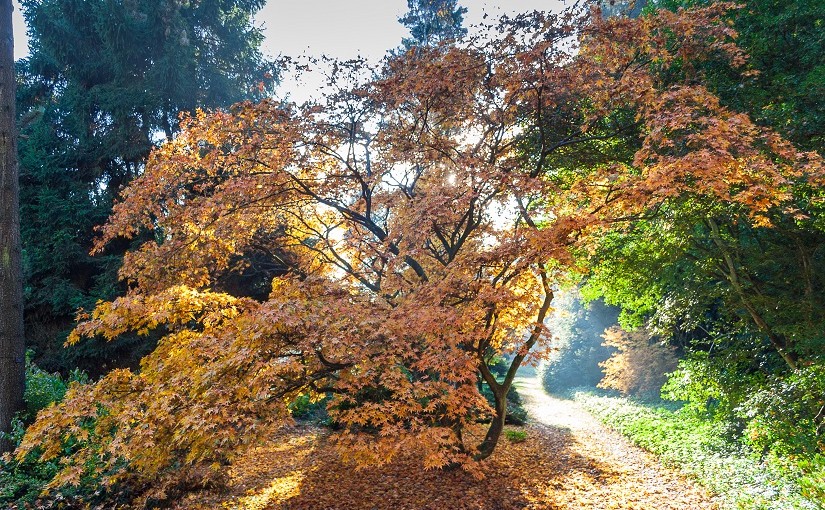 Autumn is coming to an end and the holiday season, starting with Saint Nicholas’ Day, is just around the corner. November has been really warm until this week. We had our first frost at the beginning of the week and all of a sudden it feels like winter. I visited the Von Gimborn Arboretum weeks ago when leaves were still on the trees. I am a big fan of photographing interesting trees and the arboretum is just the right place to do that. As we say goodbye to autumn, take a last look at these beautiful autumn colours.

A little bit of history

An arboretum is, simply put, a collection of trees and shrubs. Max von Gimborn was a German industrial living in the east of the Netherlands. He was a keen collector and had a collection of trees, especially conifers. How is that for a hobby? I guess collecting stamps wasn’t enough of a challenge for him.
For that purpose, he bought a piece of land in Doorn because the soil in this part of the Netherlands is better suited for growing conifers. He bought the land with the plan to build a house on it. Unfortunately, he lost a lot of money in the 1929 Wall Street Crash and the house was never built. After the death of Max von Gimborn in 1964, the arboretum was sold to the Utrecht University and became part of their botanic gardens. You can read about my visit to the Utrecht Botanic Gardens here. The Utrecht University needed more space to grow special trees and moved their collection of Acers from Utrecht to Doorn. 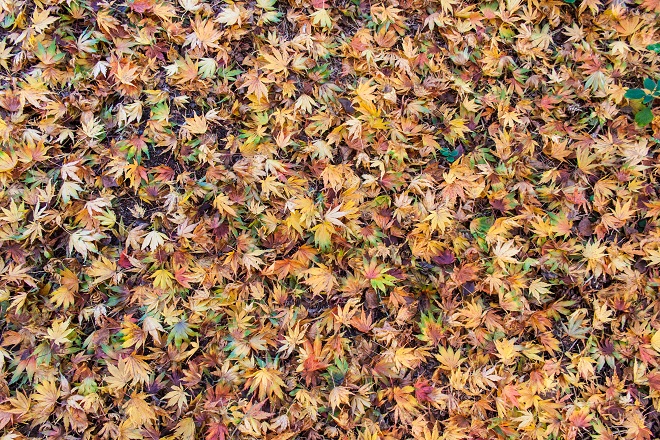 In the Netherlands, universities say they hardly use their gardens and arboreta anymore for scientific research and education. Or maybe the upkeep is just too expensive. In 2010, the grounds and the management were handed over to a private foundation. With help from private funds and corporations, the arboretum has become more accessible and public friendly.

Acers, or maple trees, are a beautiful addition to your garden. The contrast between the dark tree trunk and the green, golden or red leaves makes them quite elegant. And of course, seeing the leaves change colour in autumn is a spectacular sight. Apparently, colourful leaves are to the Japanese autumn what cherry blossoms are to spring. The viewing of autumn leaves has been a popular activity in Japan for centuries. I used our Japanese maple leaves as a background for this week’s quote.

You can also use the leaves to make pretty lanterns, by applying leaves to an empty jar. Place a candle inside and watch it light the room with beautiful orange and red autumn colours. Enjoy your last days of autumn! 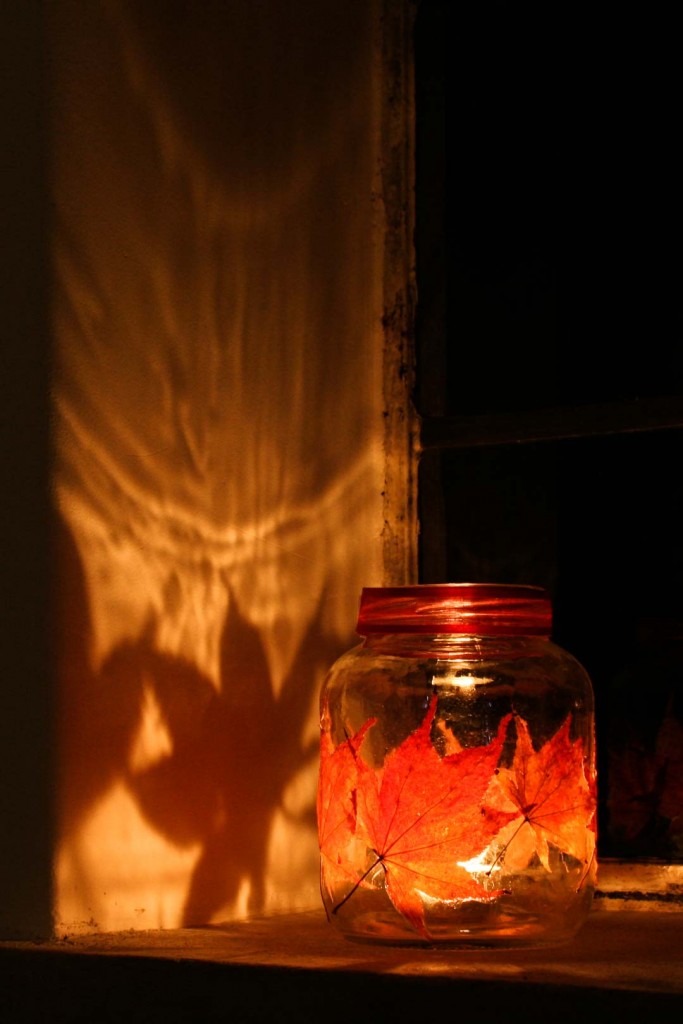 6 thoughts on “The arboretum: where every leaf is a flower”